Only a few weeks ago, the ITU Council 2013 had a long debate over whether it was appropriate to open the Council Working Group on international Internet-related public policy issues (CWG-Internet) to non-government stakeholders. The conclusion of that debate was they would have to wait until ITU Plenipotentiary 2014 in Busan, 20 October – 7 November 2014, to discuss any potential changes to the Guadalajara version of Resolution 102, which started the CWG.

In the meantime, however, the first ever open online consultation conducted by the CWG-Internet is about to close on 1 August 2013.

Any stakeholder can submit responses to the three following topics that the CWG is seeking further information on:

Given the interest so many non-government stakeholders had in the World Conference on International Telecommunications (WCIT) and the Fifth World Telecommunication/ICT Policy Forum (WTPF-13), you’d probably expect the CWG-Internet consultation to be inundated with responses, yes? Well, actually, in reality, the answer is “no”.

Why the lack of response to CWG-Internet’s Online Consultation?

Having asked a number of people why their organizations aren’t responding to the online consultation, I’ve heard two main responses:

Why it’s important that stakeholders do respond

Despite the very understandable reasons stakeholders haven’t responded to the CWG-Internet consultation, it’s vital that we do have a decent response rate to the consultation.

If we don’t respond, then it gives the governments who have a “let’s keep the CWG-Internet closed” stance a fantastic argument for keeping the status quo. After all, if the community shows no interest in interacting with the CWG-Internet even when the CWG-Internet has asked for submissions, what could possibly be achieved by opening up the CWG’s meetings?

Instead, we need to help bolster the case for opening the CWG-Internet by showing that non-government stakeholders do have something very important to contribute to the governments’ work on international public policy issues related to the Internet. By providing submissions to the online consultation, we can support the ongoing efforts of governments who have been trying to open the CWG-Internet.

A template to help stakeholders respond to the online consultation

To make it easy for stakeholders to respond to the online consultation in the short time that remains, below is a proposed structure for responses to CWG-Internet: 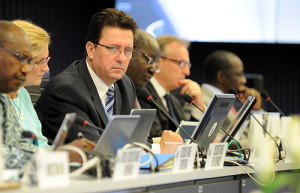 After the divisive discussions about the ITU’s role in Internet issues at WCIT in December 2012, the harmony that appeared to reign at WTPF-13 in May this year signaled hope for better relations between governments and other stakeholders in future Internet governance discussions. The ITU Council 2013, however, held 11-21 June 2013, showed that there are still many speed bumps in the road ahead.

The CWG-Internet decision at ITU Council 2013

The issue was discussed on four separate occasions during the two-week council meeting: 13 June, 14 June, 19 June, and 20 June. There were five formal proposals related to the Council Working Group on international Internet-related public policy issues (CWG-Internet) and the Chair of Council 2013 proposed two ways forward.

Ultimately, the decision on the CWG-Internet by the ITU Council 2013 was not to make a decision.

Instead, Member States informally accepted that the Secretary-General could, in his work to support ITU activities, energize the public consultations that the ITU Council 2012 agreed to adopt in Resolution 1344.

How the Secretariat-General will achieve this is not clear. However, it does seem very probable that the informal mechanism proposed by the Chair of Council 2013—that the Secretariat-General convene a meeting of an Informal Experts Group on the day prior to CWG-Internet meetings—will not be implemented. This is because Resolution 1344 requires a full month’s gap between when the public consultation period ends and when the CWG-Internet meets.

Please note that there was no resolution or decision related to this. Instead, there was simply informal acknowledgement that the Secretary-General will do something to encourage non-government stakeholder involvement in the existing open consultation process.

When is the next opportunity to open the CWG-Internet?

We now have to wait until the next ITU Plenipotentiary Conference (PP-14), 20 October-7 November 2014, for Member States to consider whether or not to open the Council Working Group on international Internet-related public policy issues (CWG-Internet) to non-government stakeholders.

What can non-government stakeholders do in the meantime?

More detail on what happened at ITU Council 2013

I have a habit of writing too much for a single blog post, so below are links to smaller sections, containing summaries and analysis on the CWG-Internet discussions that happened at ITU Council 2013: 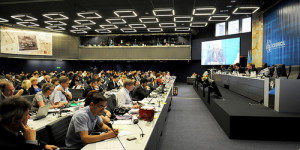 A number of States had, for various reasons, not participated in the three IEG meetings and, instead, expected WTPF-13 to follow the usual pattern of intergovernmental meetings: you turn up, you debate the proposed texts, you play around with square brackets, and make changes to the proposed texts until everyone is equally unhappy.

At WTPF-13, however, there was a strong push by governments who’d participated in the IEG process not to reopen debate on the carefully developed IEG consensus draft Opinions. Sure, remote participation was available for the IEG meetings, and many governments chose not to use it. The fact is, however, that in hindsight, WTPF-13 reinforced the main two opposing views held by governments in discussions about the Internet governance model:

Those holding the latter view were, quite understandably then, concerned that their last refuge of equality amongst governments, the CWG-Internet, might be opened. Given the rhetoric of multistakeholderism and its inclusion in the Tunis Agenda, however, it’s hard for States to openly reject multistakeholderism. Therefore, in the end, the formal proposals to open the CWG-Internet were defeated by the procedural issue of whether or not it was legal for the Council to change the contents of a Plenipotentiary resolution.

At this June’s ITU Council meeting, we caught a preview of the arguments that some Member States will probably use to keep the CWG-Internet closed during Plenipotentiary:

The last argument is the weakest, so I won’t deal with it any further here. But the first three arguments merit further consideration. For now, though, I’ll only address the first argument. I’ll blog later on the second two arguments later.

Argument against opening CWG-Internet: “Multistakeholderism does not ensure equal representation of all views” 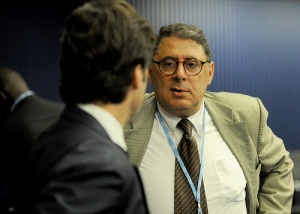 Unbalanced multistakeholder participation isn’t a problem limited to ITU. We also see it in the so-called “I* organizations”: ICANN, ISOC, IAB, IETF, the RIRs and W3C. Yes, there has been much work by the I* organizations to enable participation through fellowships, remote participation, multilingualism and more. But is it enough? Could the I* organizations do more? Can the large companies who have benefitted from the Internet plough some of their profits to help less well-resourced stakeholders participate in Internet governance discussions? Could governments from developing countries work more closely with stakeholders in their own countries to ensure a wider range of views are included?

Finding ways for those with more resources to assist stakeholders with limited resources is about ensuring that the Internet ecosystem survives. If supporters of the multistakeholder model of Internet governance really want to ensure that the model thrives and grows—even to the point of opening up the CWG-Internet—then it’s vital to use a community-developed approach to making that model more effective.

The problem with this model is that in focusing on our opponent’s flaws, we forget to about our own flaws. Or, even worse, we work so hard to hide our flaws from our opponent, we are scared to even admit to ourselves that what we do is less than perfect. The risk in such an approach is that it can alienate our own supporters.

Of course, not all criticisms will be legitimate. But we should never reject a criticism out of hand simply because we don’t like the overall philosophy of those who are making it. Multistakeholderism is about embracing a variety of views, even if they are different to our own.

Right now, a number of governments are concerned about embracing multistakeholderism because they see it as a messy process where the loudest and best-resourced voices continue to dominate. They have a point. If we want them to let us in the CWG-Internet room when they’re having discussions, then we also need to make sure they feel that they can participate on an equal footing with better resourced governments and other stakeholders in other venues too.

Finally, if we are truly committed to multistakeholderism, we should ensure that we demonstrate good multistakeholder etiquette when interacting with the ITU. And how better to do that than ensure the full diversity of stakeholders respond to the current CWG-Internet’s open consultation before it closes on 1 August 2013? With only four submissions received since the consultation opened in February, we’re currently doing a terrible job of demonstrating the existence of even the faintest multistakeholder interest in participating in the CWG-Internet’s activities. 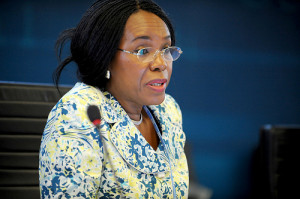 Member States on the Council were divided on whether or not to open the CWG-Internet to non-government stakeholders. There weren’t any surprises about which States supported which side; the divisions played out like pretty much all previous discussions on Internet-related issues at the ITU. One State didn’t want the CWG-Internet meetings opened, but were amenable to making its document available to all. Other States didn’t like the formal proposals to open the CWG-Internet, but were okay with the idea of an Informal Experts Group (more here) as proposed by the ITU Council 2013 Chair.

The various reasons that Member States in the two main camps gave for their positions are described below. Where some of the reasons seem to be more specific examples of a broader reason, I’ve sub-bulleted them. This doesn’t mean, however, that the same Member State stated both the main and sub-bulleted reasons.

Don’t open the CWG-Internet because:

In addition, Member States voiced some general concerns and opinions during the discussions:

In response to the discussions by Member States about whether now was the time to respond to community calls for greater openness, the Secretary-General reflected: