The four phases I describe below should not be confused with the four separate occasions that the ITU Council 2013 discussed the Council Working Group on international Internet-related public policy issues (CWG-Internet) in its plenary sessions. Instead, the phases are an attempt to help readers better understand how the discussion changed focus over the two weeks of ITU Council 2013.

It was clear from the initial Member States comments about the four proposals to open the CWG-Internet that it wasn’t going to be easy to find middle ground between the “open CWG-Internet” versus “keep CWG-Internet as is” positions.

After the first round of comments, the Chair of ITU Council 2013, Catalin Marinescu, from Romania, initially proposed an ad hoc group to examine ways forward that would be acceptable to the Council. However, a Council member stated that, in Council, all Member States needed to participate in the discussions. An ad hoc group was fine when used for drafting documents at ITU meetings, but was an inappropriate to use within the context of a Council session.

The Chair’s second suggested compromise was to invite the ITU Secretary-General to convene a balanced informal group of experts open to all stakeholders (IEG-Internet). 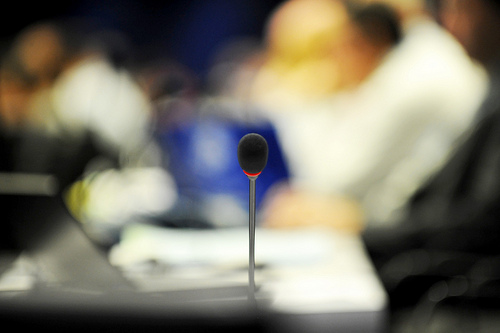 The compromise was designed to sidestep the problem of reaching a decision in the Council by reframing multistakeholder participation in the CWG-Internet’s work as an administrative support function of the Secretary-General. As such, there was no need for the Council to publish a decision or resolution on the issue at all.

Phase 4: The Council discusses whether or not they like the non-decision option

The Chair had made his compromise proposal verbally, which had confused some of the Member States (English is not everyone’s first language and simultaneous interpretation doesn’t always allow the finer nuances of a proposal to be communicated). He therefore offered to produce a draft explaining the proposal in more detail. However, one Member State objected to this.

Where we are now

It will be up to the Secretary-General to decide how he will encourage stakeholder participation in the CWG-Internet open consultations. However, the deadline for current open consultations is now less than a month away: 1 August 2013.

It is very unlikely that the Secretary-General can do much at all to support multistakeholder input into the second CWG-Internet meeting for 2013. Any face-to-face meeting for multistakeholder input before the 1 August public consultation deadline is likely to be poorly attended given the short timeframe involved. So it is likely that all the Secretary-General can do in the short-time is send letters to various Internet governance stakeholders and ask them write a written response to the open consultation. Right now, there are only four responses to the public consultation, which is pretty poor given the open consultation opened back in February. (As an aside, it’s interesting to note that none of the responses to date are from the key Internet organizations which have, in the past, been vocal in calling for greater inclusion of multistakeholder views in ITU’s work on Internet issues.)

There is the possibility that the Secretary-General could perhaps do more than send letters to non-government stakeholders for the CWG-Internet’s meeting early next year. Perhaps there could be a proto-IEG-Internet meeting in the fourth quarter this year. The issue, however, would be in ensuring that developing country stakeholders could be equally represented at such a meeting without affecting ITU’s already tight budget.

Depending on how successful the open consultation process is in the lead-up to the next two CWG-Internet meetings, there may be the possibility to allay many of the fears of Member States who currently oppose any form of opening up the CWG, no matter how minimal. But the future modalities of the CWG-Internet is not the only issue that we should think about here. We should also think about how we can all address some of the very real concerns some governments have about the multistakeholder Internet governance model.