The first day of the World Telecommunications/ICT Forum (WTPF-13) went so well. Day two started off well, too. Then we hit Working Group 3. 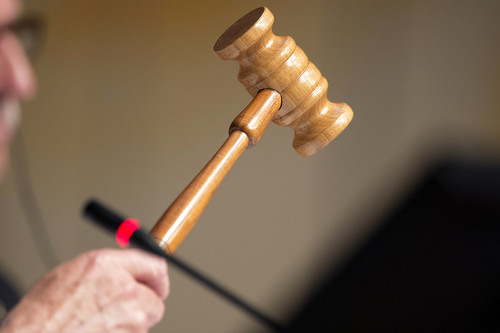 Working Group 3 was tasked with discussing Opinion 5 and Opinion 6 on multistakeholderism and enhanced cooperation.

Traditionally, these two concepts have generally been seen as polar opposites. Multistakeholderism represented the current Internet governance ecosystem that has evolved organically since the Internet’s creation. Enhanced cooperation represented the desire of some governments to have more say in how the Internet operates.

It is interesting, therefore, that the Informal Experts Group (IEG) had reached consensus on two draft Opinions that endorse, separately, multistakeholderism and enhanced cooperation. But could this consensus survive Working Group 3 onsite in Geneva? The short answer is “yes”. Some of the reasons I think that this happened are described below:

[…]that, despite its essential character, the Internet continues to suffer from critical weaknesses in its security protocols and in its governance processes that also make it the vehicle for spam, online child pornography and other abuses of children, identity theft and many other forms of cybercrime, damaging denial of service attacks, and disregard of considerations of national security, public order, public health and public morals while enjoying freedom of expression

The IEG consensus text, however, had been shaped into something all could find acceptable.

The UN General Assembly’s instructions late last year to CSTD that it create a Working Group on Enhancing Cooperation (WGEC) certainly helped take the heat out of the Opinion 6 debates. After all, it was pretty clear to everyone that it wouldn’t be appropriate for ITU Member States to be making decisions about a topic that the UN General Assembly has given to the CSTD to work on.

I’m sure that while everyone wished the drafts expressed more of their own views on the topics, everyone was also happy that the views of others didn’t dominate the Opinions.

2. Precedent
The second reason the Opinions survived without much change is the precedent set by the first four Opinions discussed at WTPF-13. In each of those cases, there had been many statements, often from those who participated in the IEG, that the consensus text reached in the IEG meetings should be respected. They should be respected because they had incorporated the widest range of opinions that could reach some level of agreement amongst all stakeholders.Even the smallest proposed changes had met with considerable opposition in Working Groups 1 and 2. In the end, there was only a single word change made during the discussion of the first four Opinions. That change was the inclusion of “relevant”, in relation to “international, regional and national forums” in the broadband-related Opinion 2. None of the other proposed changes were accepted. Instead, proposal authors dropped further pursuit of their proposals after:

It was very easy, therefore, for Working Group 3 to follow the same pattern as the earlier two Working Groups.

I suspect that, aware of the order of discussion of the six Opinions, some States worked hard to prevent significant redrafting of the earlier draft Opinions precisely so this precedent would be in place by the time the most difficult of the draft Opinions, 5 and 6, were up for discussion.

3. Concern by States that they could lose ground in the negotiation process
As I mentioned in point 1 above, the text of draft Opinions 5 and 6 were the result of intense negotiations within the IEG. While, no doubt, nobody was entirely happy with the text that came out of the last IEG meeting, everyone could be reasonably satisfied that the text, at the very least, didn’t contain anything that could seriously damage their chances of achieving their long-term Internet governance goals.

Given the short time available for discussion onsite in Geneva, many delegates were probably aware that there was a chance of something damaging to their position slipping into the text before they had the chance to understand its full ramifications. “Better the devil you know,” basically.

4. Lack of any strong leader pushing for stronger texts
If WTPF-13 had been held before the death of Syria’s Nabil Kisrawi in early 2011, I suspect it might have had a very different outcome. Kisrawi was the leading force amongst ITU Member States. He knew ITU procedures back to front. He passionately fought for the issues he thought should be fought for. Since his death, however, there hasn’t been anyone to replace the Kisrawi-shaped hole in the ITU world.Kavouss Arasteh from Iran has tried, but hasn’t quite succeeded in replicating Kisrawi’s forceful presence in ITU meetings. In fact, at WTPF-13, Mr Arasteh has changed his earlier focus from one that focuses solely on ITU’s role in Internet-related issues to one that sees collaboration and cooperation between ITU and Internet organizations as the way of the future. (His first ICANN GAC meeting in Beijing last month was apparently his “Saul on the road to Damascus” moment).

With nobody rallying the troops to call for changes to the IEG consensus text, States who had submitted proposed changes were left arguing for the changes on their own, with few or no other States to back them up.

5. Brazil’s separate draft Opinion
Brazil submitted a separate draft Opinion, Operationalizing the Role of Government in the Multistakeholder Framework for Internet Governance. Its content were somewhere in between the content of Opinion 5 and Opinion 6, encouraging greater government participation in Internet governance, while not proposing a governments-only form of enhanced cooperation. It had the potential to keep both pro-multistakeholder and pro-enhanced cooperation parties happy.Russia had originally submitted substantial proposed changes to Opinion 5. If those proposed changed had been discussed as part of Opinion 5, I suspect we still wouldn’t have an agreed version of the text. But the appearance of Brazil’s separate draft Opinion saved the day. Russia agreed to a request by the Chair of Working Group 3 to discuss Russia’s proposed text as part of Brazil’s proposed draft Opinion.

Where we’re at right now

Opinions 5 and 6 will go to Plenary for final approval this afternoon. The issues related to government participation in Internet governance processes, raised by Brazil’s draft, are still unresolved after a full morning of discussion.

Brazil’s revised draft Opinion didn’t reach anywhere near consensus during the discussions, although there was broad agreement that the issues were important. Instead, a summary of the discussion will be included in the Report of Working Group 3 Chair. The Chair has suggested that a summary on where Brazil’s draft stands, including the feedback of the WG3 participants, be sent to the ITU Council Working Group on international Internet-related public policy issues (CWG-Internet). CWG-Internet may then forward it to the ITU Council, which in turn may decide how to proceed with it within the ITU framework.

I will blog separately, and later, on the discussions of this morning’s WTPF-13 session. Stay tuned!