Note: I attended the fourth CWG-Internet meeting as a member of the Australian delegation; however, any of the views I express in this blog post are entirely my own. This post does not reflect the official Australian position, nor is its content endorsed in any way by the Australian government.

This is the second part of a two-part report of the fourth CWG-Internet meeting, held 3-4 March 2014. The first part can be found here. 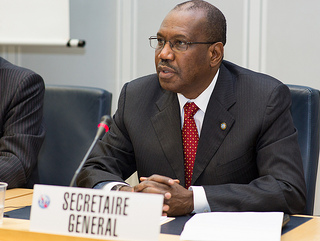 ITU Secretary General Touré was present at the start of the meeting. His presence sent a signal that this was going to be an important meeting, which of course, we found out to not be the case, but it nevertheless sent a message that this CWG was important to the ITU.

Touré stated that the CWG-Internet was a very important component of the multistakeholder dialogue on Internet issues. He also noted that although Brazil’s draft opinion at WTPF-13 hadn’t reached consensus, it had begun a very important dialogue on the role of governments in Internet governance. He also referred to the responses by 37 Member States to the CWG-Internet’s questionnaire on the role of governments, saying not only would they inform discussions at the CWG-Internet, but would form an important repository of information for future dialogue on the issues they contained. He also noted the series of “Open Talks” he had conducted on Internet-related public policy issues.

Importantly, Touré stated that ITU is part of an ecosystem of organizations dealing with Internet-related matters, and that the ITU works to add value where it can.

There were 37 responses to the following question:

I don’t think there have ever been as many as 37 Member States present at a CWG-Internet meeting, so to have 37 of the 193 ITU Member States submit a response is a major achievement. There were submissions from both developed as well as developing countries, with good geographical diversity, too. A brief overview of the contents of the responses and the discussion in the room during the CWG-Internet meeting:

The CWG-Internet decided that the responses to that questionnaire were, like all CWG-Internet documents, limited to Member States only.[1] A large number of States did very much want the responses to be public, saying that the contents would be very useful for everyone. For a little while, there seemed to be agreement to a proposal that all respondents would be contacted and told that their submissions would be made public on a certain date unless they specifically requested their submission be kept password-protected. This agreement fell apart, however, when one Member State suggested that States who might want to keep their submissions password-protected may feel pressured by other States to make them public. States who did not respond to pressure to publish might then be viewed by the wider public as having something to hide.

Oh, and of course, there’s always WCITLeaks, which has already made all of the responses publically available. I was looking at WCITleaks’ links to the responses while the debate was happening in the room and wondered if I should point out to the pro-password crowd that their battle had been lost before the meeting had even begun. But the debate in the room wasn’t about the reality of whether the documents were available or not. It was about a clash of principles: open versus closed intergovernmental proceedings. 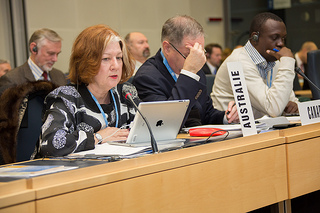 The decision to hold a public consultation

As it happened, with 37 responses by governments, the above argument clearly couldn’t be used to suppress the idea of a public consultation. Instead, creativity was needed. And the arguments of States not wanting to have a public consultation were indeed very creative. One State argued that because many Member States have already stated that they consulted with non-government stakeholders in composing their responses to the questionnaire, the CWG-Internet would learn nothing new by asking non-government stakeholders to submit their responses separately.

A number of Member States were looking forward to holding a public consultation on the same question as that put to governments. But this was another area of contention. Some States argued that it was impossible to use exactly the same question posed to governments as that question was carefully crafted for only governments and nobody else. The strength of this argument was somewhat diminished by the fact that many governments had consulted their non-government stakeholders, and no non-government stakeholders had been harmed as a result of trying to answer this “governments only” question, but anyhow…

The Member States wanting to ask non-government stakeholders exactly the same question as governments held out for a bit, but eventually capitulated. In the end, to prevent there being discrepancies between what governments have said they’re currently doing in the area of Internet-related public policy and what their citizens say they’re doing, the part of the question about current government activities in the Internet public policy sphere was removed. The final question agreed to was:

So, what are the implications of the change of question?

The public consultation is open until 26 April 2014.

I suggest that non-government stakeholders making submissions to the public consultation do the following:

[1] Anyone who followed the 2013 ITU Council debate on the possibility of opening CWG-Internet documents to non-Member States will remember that it was decided that as the creation of the CWG-Internet was a result of a Plenipotentiary resolution, only another Plenipotentiary resolution could make a decision on how open—or otherwise—the CWG should be.